Karavane is an essay series by Norwegian publisher Torpedo Press. Each book is about one particular work of art that has had a great influence in its time and led to a broader debate on art and society in Norway.

The asterisk sign is an element that is used on every book cover in the series. We wanted to underscore the importance of the texts in this series by showing the actual works as footnotes to the essays. The photo documentation being treated as footnotes, it is thus placed as a separate chapter at the end of the book.

From 1971–74, artist Kajartan Slettemark worked with a series of works of art that later became known as Nixon Visions. The portrait of the American president appeared in different contexts throughout the series: in paintings, performances, workshops and social happenings. At the time, it was perceived as both radical and provocative. 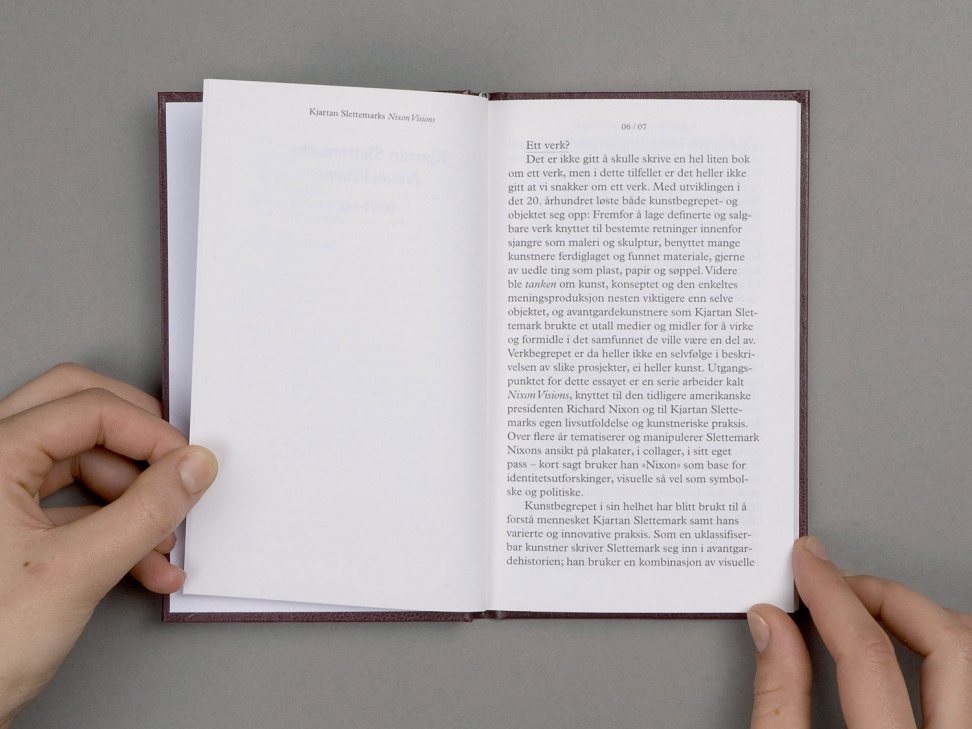 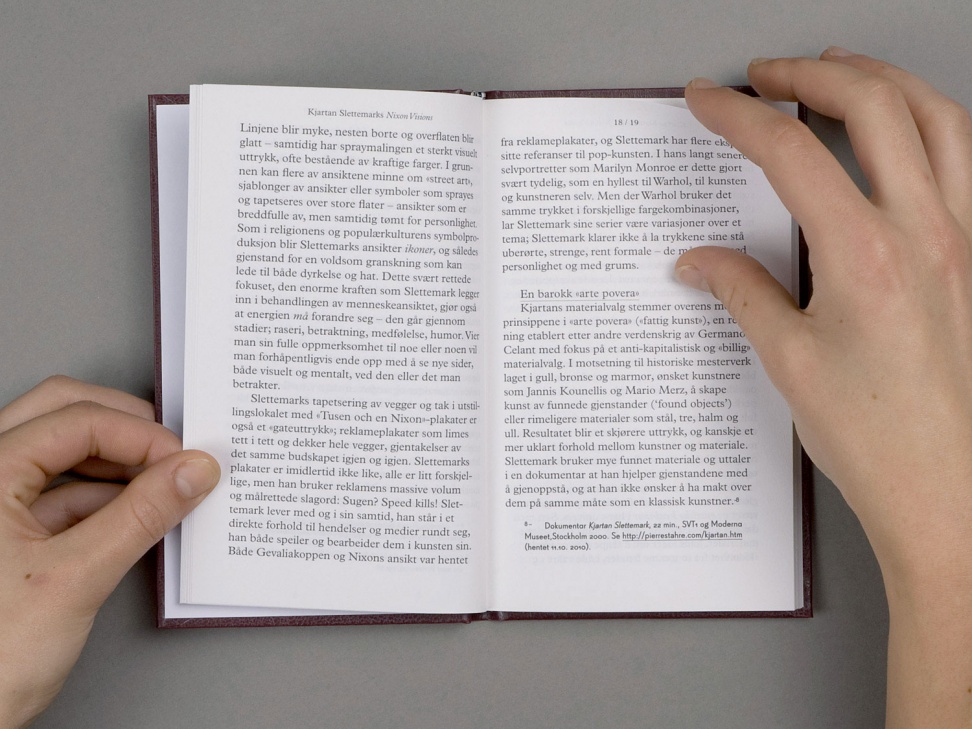 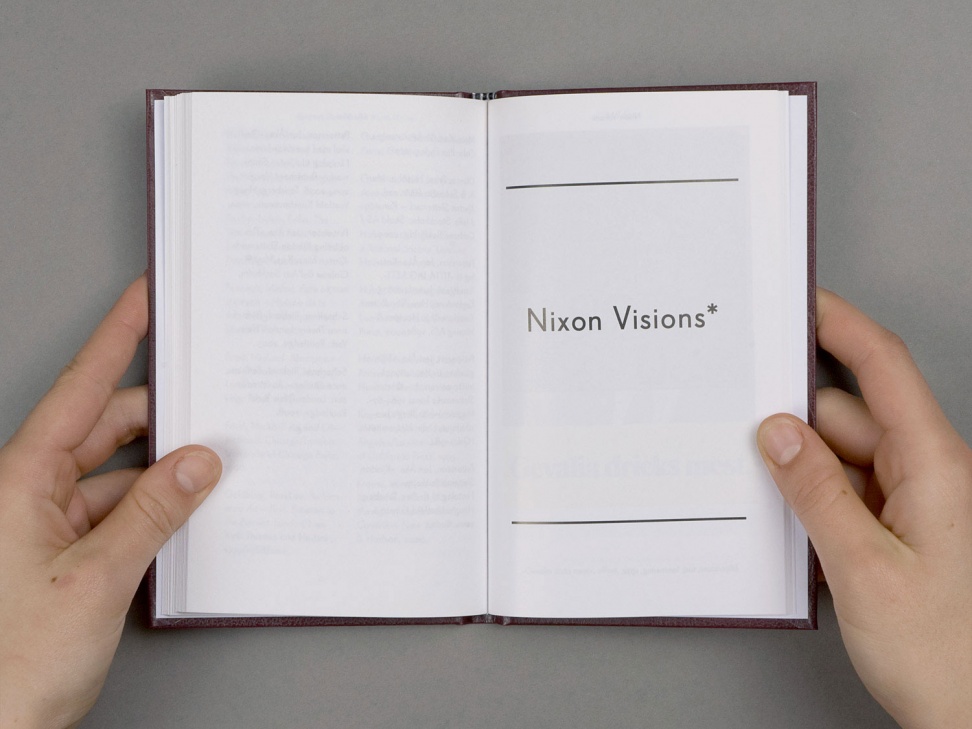 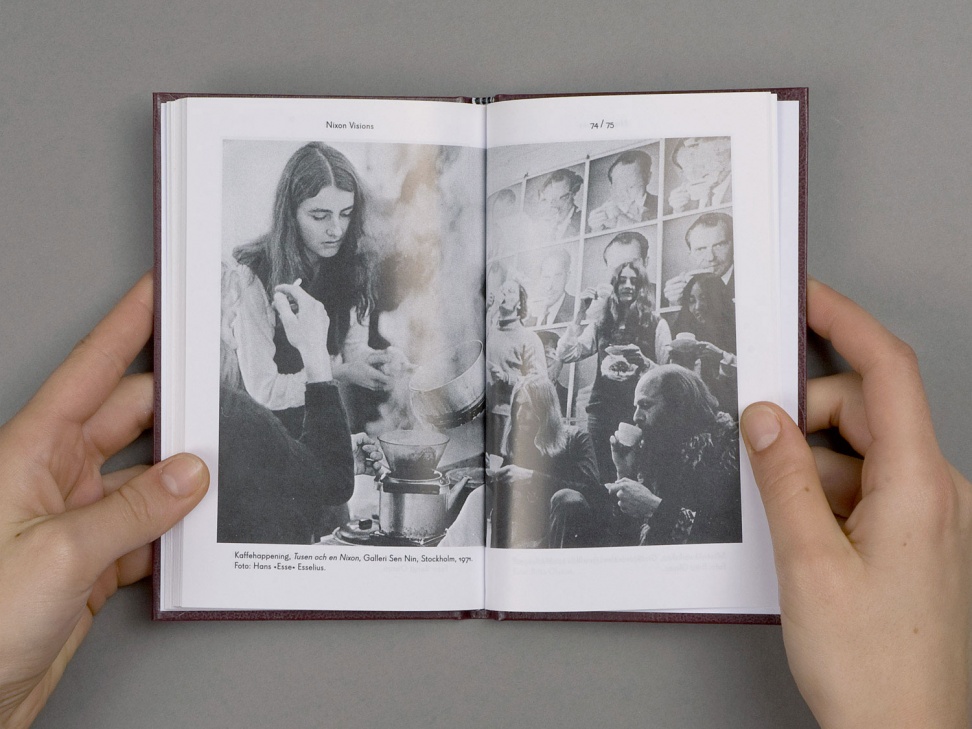 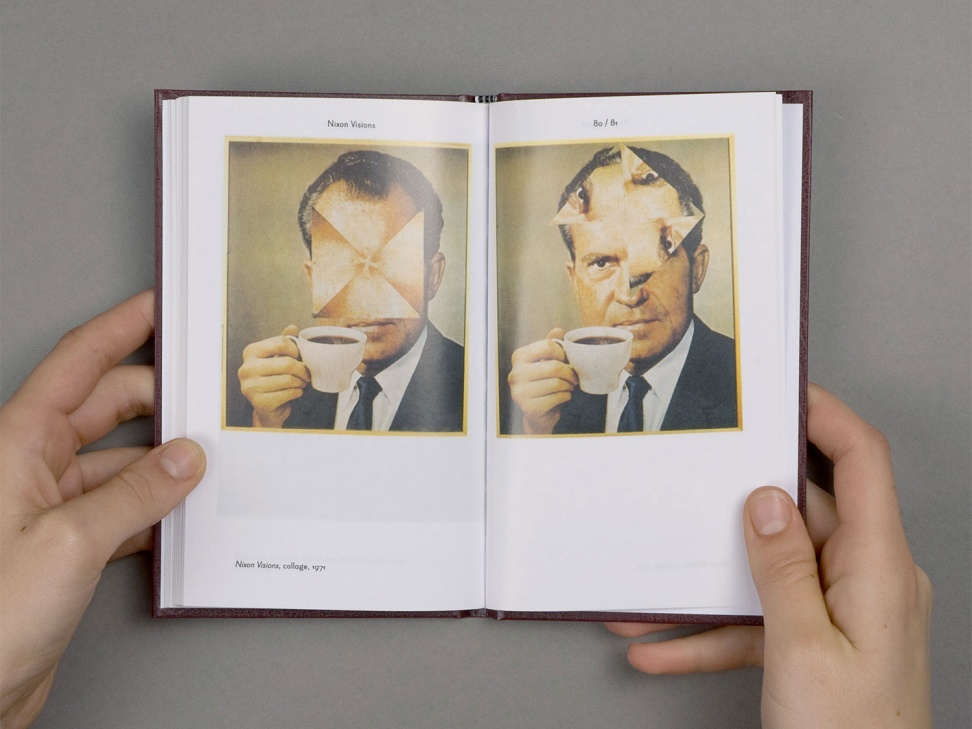