The Norwegian Competence Report creators wanted to produce a publication comprised of stories rather than just facts - something ‘that could be told by someone in an elevator’ - to accompany their reports. We proposed printing these stories in a newspaper format. All the stories were laid out on one broadsheet page. Every page of text contains one story, and in addition some excerpts from other stories are highlighted, based on a series of systems. This was partly done to structure the texts and partly to relate back to the theme of the Competence Report. The texts were accompanied by a series of photos of people in an elevator trying to avoid communication. 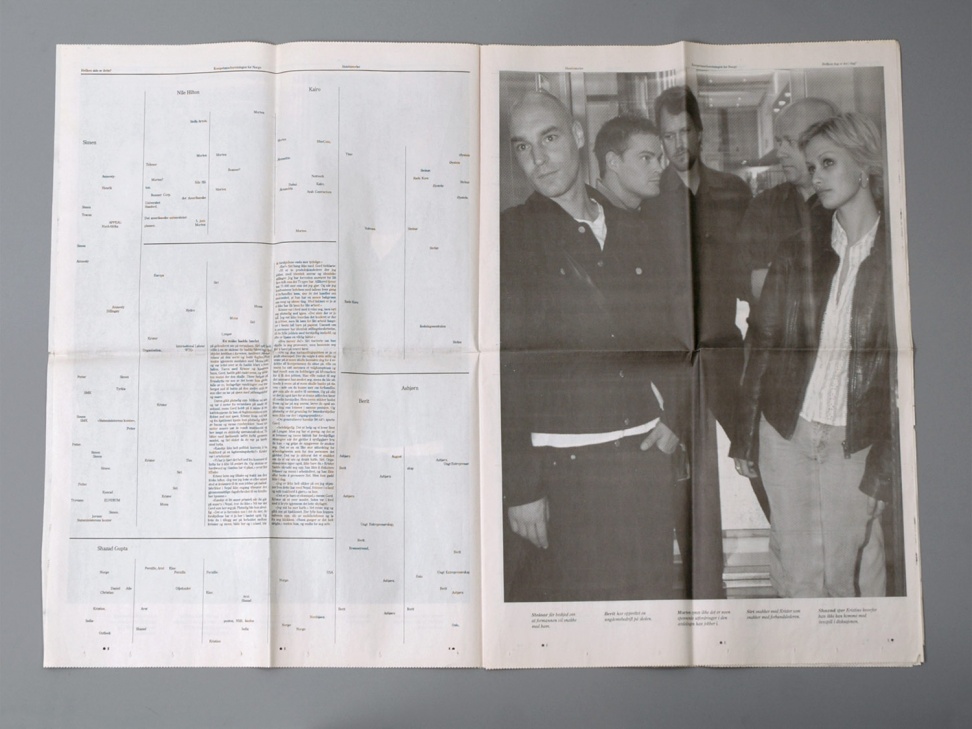 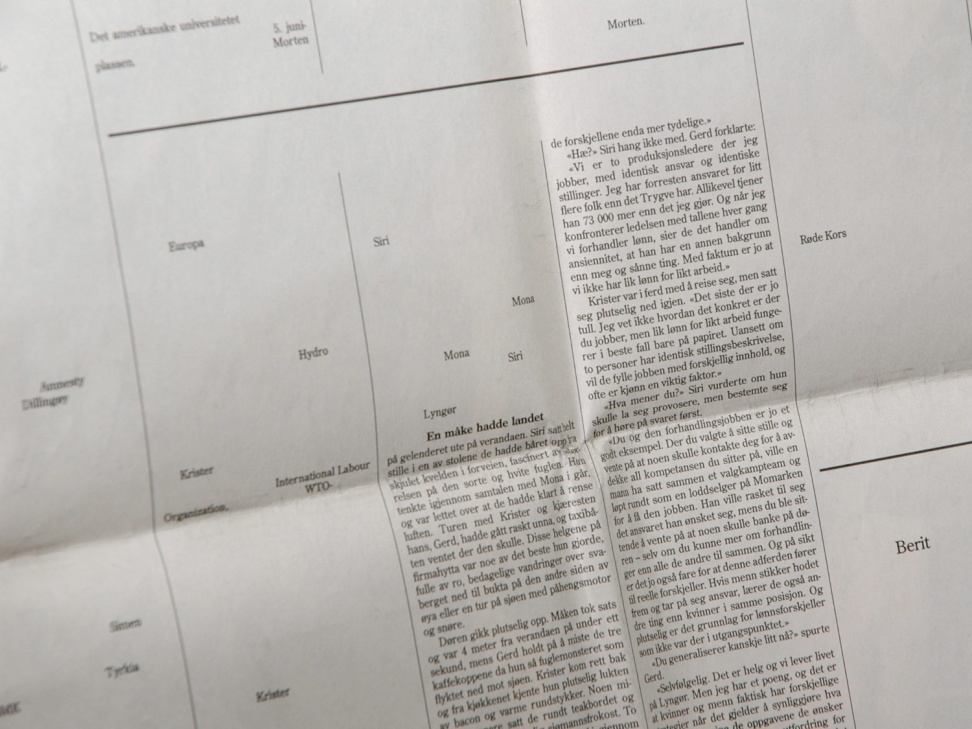 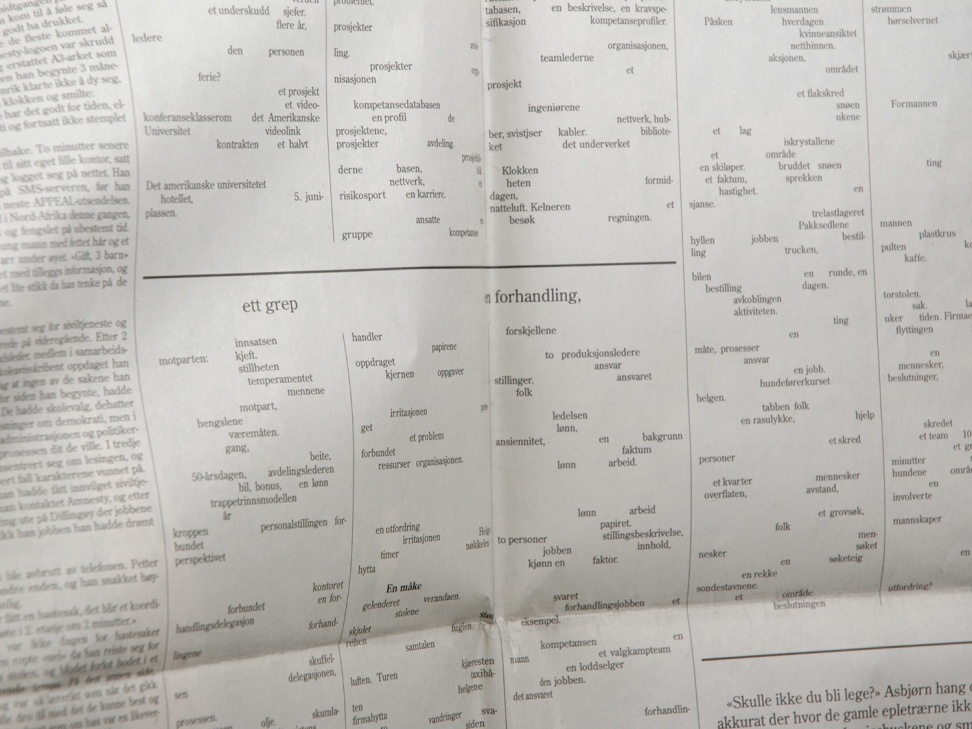